How many puppies do you count?

After 3 days of contractions, 9 puppies were born via caesarean section.

Today, we did X-ray to see how many puppies there are in Qoiva's belly... Well, let's say that we are expecting many more puppies than we thought!

In a few days we will know for sure!

We did a double sire mating for the first time.

Male n°1: Flammeus U Should Know Me (Kauko)

Double sire mating is interesting since you can only breed a maximum number of litters with one bitch. Qoiva only comes into heat once a year, so that already considerably reduces our chances of a litter.

With a single mating you can only use 3 to 4 different males on that bitch. With a double mating you can therefore have a bitch mated by 2 males so that the gene pool within the litter is increased.

When the puppies are born, we do not yet know which puppy comes from which father, or whether the dual sire mating has been successful at all. We will only know this after DNA is taken (during the chipping).

In our specific case we did the dual sire mating because last year Qoiva was also mated by the Flammeus male, but by means of insemination with frozen semen - because she had just reached maturity during the strict lockdown in March 2020, so we were not allowed to cross the borders. Also, fresh semen didn't get here in the right time. That is why we then used the frozen semen that we had actually stored for within a dozen years...

But last year, Qoiva turned out not to be pregnant ....Now we wanted to go for natural mating, because we were convinced that Qoiva was not pregnant last year because she did not realize what was happening to her body, and she absorbed the embryo's as a result. Most breeders contradict us on this, but we know that Qoiva is very sensitive and so we do what our gut feeling tell us.

Natural mating with the Flammeus male again turned out not to be possible because we could not go to Finland, or vice versa due to COVID-19.

The Flammeus male will soon be 9 years old, so our next attempt with him would not be until his 11th birthday (Qoiva only comes into heat once a year), and you never know if he will still be fertile (enough) at that age.

So we opted for insemination again, but this time with fresh semen, and inseminated directly into the uterus under camera guidance.
And to still have the "natural" mating, we used the other (Belgian) male. This one also has a COI of 0% with Qoiva, so that made it very suitable in our eyes.

The pregnancy has now been confirmed, so now we are eager to find out which puppy belongs to which male!

So, after all the efforts of the last 2 years to find the suitable male, to bring him to Belgium, to let his semen freeze... Then we suddenly lost our Gioia.

So, we waited for more than 13 months for her daughter to become in heat... Until she finally comes into heat, right in the Corona crisis. We were hoping to work with fresh semen, but of course faith decided that Qoiva had to be inseminated on a Sunday, so fresh semen was not possible. Fortunately we still had the frozen semen.

After months of a lot of tension, today we see 2 absorbed embryo's on the ultrasound, and no embryo's for the rest . Thàt is also breeding...

To all people on our waiting list: we are so grateful that once again, some for the third time now, are willing to wait until our next try.

The puppies are leaving... 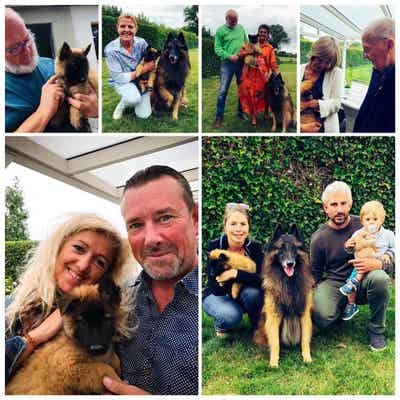 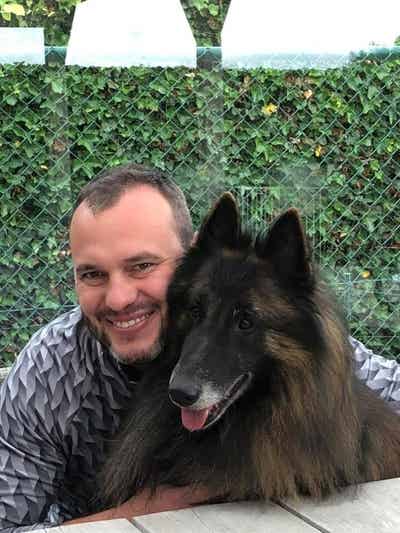 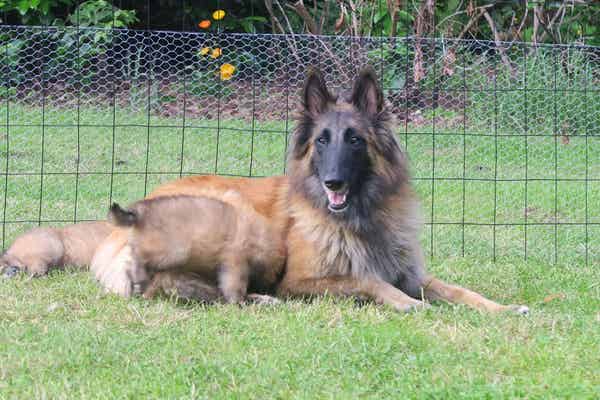 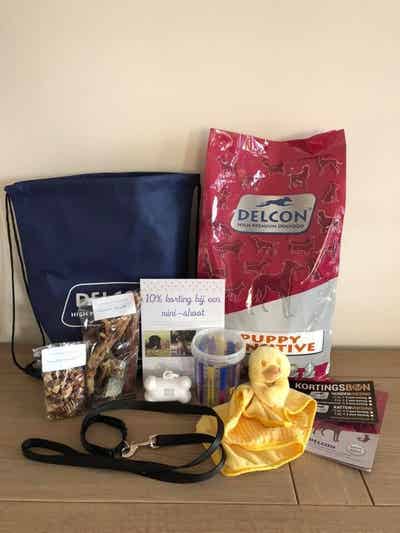 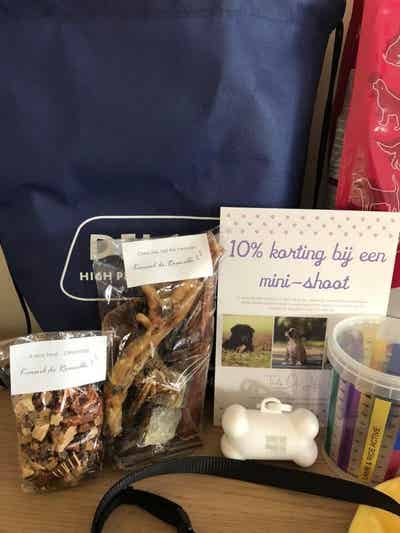 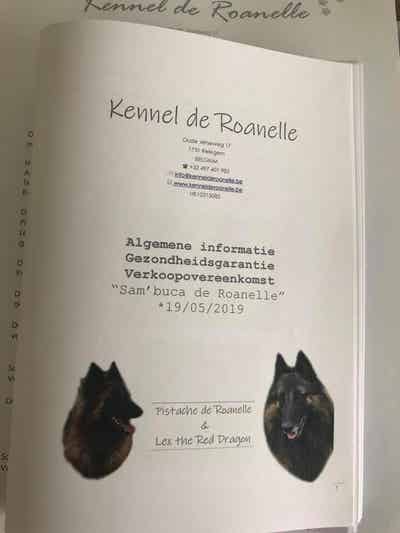